Social media platforms were once considered the domain of individuals, who wanted to share with their social circles.  Ads quietly framed the user content, but they weren’t integrated into the community.  In 2007, with their Pages feature, Facebook took the plunge to move advertisers from outsiders to part of the crowd (See:  A History of Social Media Infograph).

Today, social media is a place where businesses and individuals co-exist; and social marketing is key to most companies. Social platforms are focused on presenting themselves as strategy-friendly, profitable communities:  eager for the money advertising brings in and, in return, more than willing to assist advertisers in immersive, targeted marketing endeavors.

Social media’s advertising appeal extends to small and medium size businesses.  Even with a limited marketing budget, a small company can significantly extend its reach and influence.  Pinterest, in particular, seems to be well-positioned to attract this segment.

Many small to medium size businesses are veterans of Pinterest’s pin boards.  Winning them over won’t take much, if any, work.  Even so, Pinterest seems on a mission to impress.  Over the past two years, they have released a slew of new tools.

Their two year old Promoted Pin option allows businesses to advertise to a highly targeted audience using criteria such as interests, Pinterest search words, or the user’s location.    It also features several different “pinning options.”  One-tap Promoted Pins, which are currently in a testing phase, take the user directly to the business’s website (As this program is still in its testing phase, there isn’t a lot of information out there.  The most detailed information I found was on blogger Tori Tait’s site).  Promoted App pins allow the user to add an app to their smart device without ever leaving the Pinterest site.

Targeted marketing was released in June of this year and allows businesses even more tools with which to fine-tune their marketing efforts.  This allows a business to target pins towards customers whose emails they have already obtained, customers who have visited their site or “Lookalike Targeting,” where the business can reach out to customers who behave like their existing customers.  The businesses using this option can pay based on engagement with the pin or visits to the company website.  The Pinterest “For Business” blog touts this option as only requiring a “confirmed account,” increasing its appeal to companies with a small budget.

And, if that wasn’t proof that Pinterest is taking the small business market seriously, they also announced cost-per-impression ads could be purchased via auction, much like Google’s Display Network, instead of at a fixed price as they had previously been sold (See:  Adweek article).  In fact, only small-to-medium size brands are allowed to access the auction via a self-serve platform.  Larger companies must work with a representative or ad buyer.

A week after the ad auction system was put in place, Pinterest unveiled yet another new ad product: Promoted Video Pin, which not only enables the user to watch the advertiser’s video but keeps related pins showing below the video (See: CNBC clip and Business News Daily clip).  To top it off, Pinterest offers Pinterest Analytics to help advertisers make the most of their ad campaigns (See:  Pinterest Analytics:  How it can improve your website marketing efforts.).

Many big-box brands already include Pinterest ads in their marketing strategies.  Retail superpower Target has had a long-standing relationship with Pinterest and its users, opening its Target Awesome Shop in 2013.  This is an online catalog comprised only of items that are “top pins.”  With Pinterest’s abundance of affordable advertising options, small businesses can now play in the “sandbox” alongside big-box heavy hitters.

It is interesting to note,  while Pinterest seems to be framing their advertising to be particularly attractive to the small-to-medium size retail and consumer goods businesses, they still seem a little confused about how they want to integrate non-retail industries with this model.  Back in May, The Wall Street Journal discussed Pinterest’s abrupt about-face regarding outside industries.  In September of 2015, they sent out a letter stating they would no longer offer support to industries outside of retail and consumer goods, but in May of 2016 they invited these businesses back with open arms.

More recently, in another article from The Wall Street Journal, columnist Yoree Koh sounded cautiously optimistic about Pinterest’s growth potential, particularly in light of the fact that it is growing faster than Twitter.  According to the article, data gathered in June of 2016 also shows Pinterest is more popular in the United States than Twitter.  Despite strong growth, Pinterest still fell short of some of their previous financial forecasts.  Koh mentions Pinterest still runs a risk of overestimating its own potential.

One also has to wonder if Pinterest might be overestimating their ability to take on too much, too quickly.  It seems they are serving a lot of masters–businesses in every industry and of every size–while simultaneously making huge expansions in their advertising options.  I truly hope this isn’t the case.  The toolbox that Pinterest is handing small and medium size business owners is an impressive one, with lots of options to tailor fit marketing to the business.  Small business owners helped fuel Pinterest’s rapid growth.  If Pinterest’s marketing options can help small business owners thrive, right alongside the “big guys,” then Pinterest will have gone a long way towards repaying “the community” that “built their neighborhood.”  And that, is what I call repaying your debts. 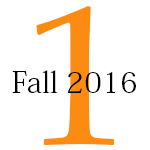 Exploring Beacons By: Allexxandra Nevison One of the reasons why the major Digital Marketing Technology is needed is because it can encompass many topics within the marketing world. To start out, Allexx had some important questions about beacons and how they might be used. The following questions are what she came up with: What is a [...]

Semantic SEO By: Samantha Diersen A current and emerging trend in Search Engine Optimization (SEO) is the application of semantic SEO. Semantic SEO involves using not just keywords but also phrases, meaning, and context to enable a website to appear higher in a list of search engine results (Crestodina, 2016). Semantic SEO is in use [...]

Google's Accelerated Mobile Pages (AMP) By: Miranda Moore In online marketing you have about four to eight seconds to grab a consumer’s attention.  Having a compelling, interactive website is important in order to be successful in today’s over populous internet market.  Including meaningful graphics, color effects, or videos that immediately engage the user have become [...]

New Changes from Google in Search Engine Optimization By: Joshua Schwenk In recent years the concept of Search Engine Optimization, or SEO, has jumped from the background to the foreground in marketing tactics for organizations and businesses. The financial states of companies now revolve around the changes in the statistics of different marketing campaigns, online [...]

The Importance of User Experience

The Importance of User Experience By: James Eichman-Doud A topic that really resonated with me is User Experience. I learned in my Search Engine Optimization (SEO) class that SEO encompasses many different characteristics. We learned through conducting a site audit report that included gathering the following items: current data via analytics; conducting an on-site, local, [...]

Pinterest's Marketing Tools: Promoting Small Business By: Rebecca Brockman Social media platforms were once considered the domain of individuals, who wanted to share with their social circles.  Ads quietly framed the user content, but they weren’t integrated into the community.  In 2007, with their Pages feature, Facebook took the plunge to move advertisers from outsiders [...]